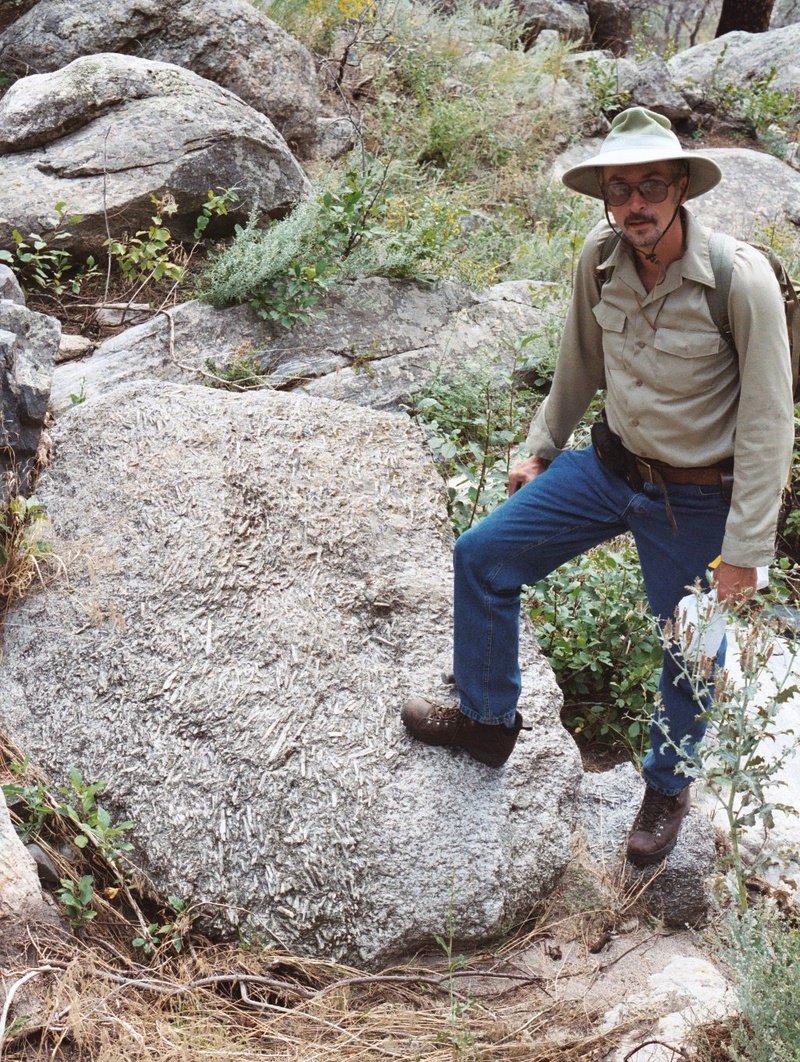 I'm on the cover of ICMJ's 2005 Prospecting & Mining Journal after discovery of another deposit. This time, a World-Class colored gemstone deposit at Grizzly Creek in the Laramie Mountains, which followed field investigations of giant opals and agates at Cedar Rim in central Wyoming: two extraordinary deposits previously unknown to the world.

Over the years, these were just two of more than a hundred discoveries in Wyoming, Alaska, Arizona, Montana and California. Although the USGS described opal at Cedar Rim in the mid 20th century, they did not recognize the vast extent of this deposit, nor did they recognize the presence of fire opal, precious opal, common opals >70,000 carats, the source beds of the Sweetwater agate, and many varieties of agate at this site.

At Grizzly Creek, I had predicted iolite would likely be discovered based on its geological characteristics. Then my field investigations led to the largest iolite gems in the world including a few that potentially weigh > one hundred thousand carats.

During reconnaissance, I recovered a detrital 24,150-carat iolite (the size of a football) that was placed on exhibit at the WGS building in Laramie. The gem encloses $500,000 to $2.5 million in gemstones based on weight. And I left large massive iolites in outcrop along with millions of carats of gem-quality kyanite.

At Cedar Rim, opal was identified in parts of 40 km2 making this one of the largest fields in the world. I was led to the opal deposit following information from a local rock hound from Riverton. In this area, millions of carats of common opal, agate, and the first specimens of fire opal and black opal from Wyoming with minor precious opal were recovered.

Over 30 years, hundreds of discoveries were made including the Rattlesnake Hills gold district (WY), kimberlites, gem peridot, ruby and sapphire deposits, kyanite, iolite, cape ruby (pyrope garnet), cape emerald (chromian diopside) nickel, palladium-platinum, >100 gold deposits, and several minerals previously unknown in Wyoming. Along with 6 other geologists, I was also recognized for discovery of the Donlin Creek gold deposit in Alaska - a deposit that hosts 40 million ounces of gold and scheduled to be mined starting in 2012 (see NEWS).

A chronology of discoveries 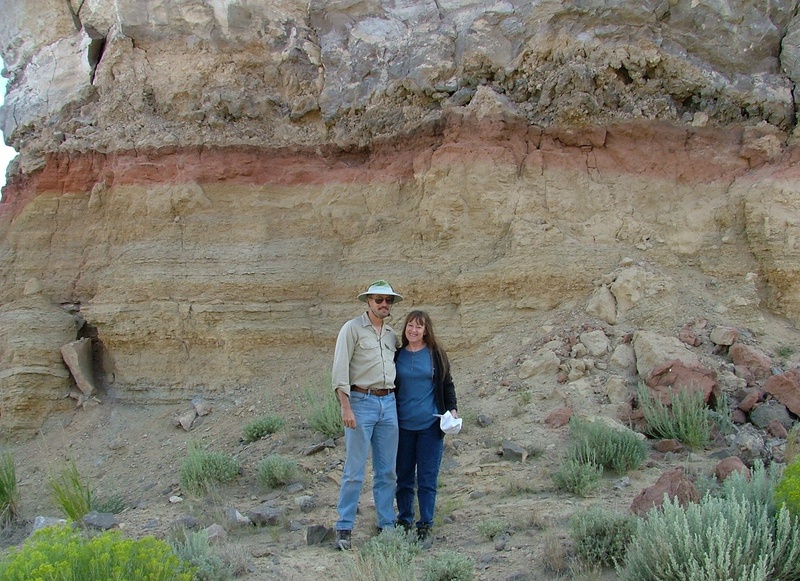 The Leucite Hills (2006). Behind my wife Sharon and me is rubble breccia at base of lamproite flow at Zirkel mesa. The underlying shale is baked (reddish) from heat by the lava during eruption. This lamproite is about 0.9 million years old and similar to lamproites in the Noonkabab and Ellendale fields, Western Australia.